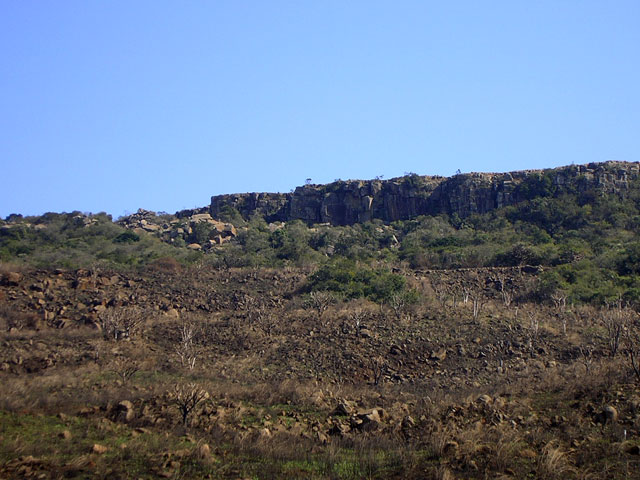 In the early hours of 28 March 1879 two British columns mounted an attack on the abaQulusi stronghold on Hlobane Mountain. Their advance was observed by the abaQulusi and their allies who attacked the one section of the British force on the summit, forcing the British to retreat down a mass of enormous boulders now known as “Devil’s Pass”. While the battle was in progress, the main Zulu army appeared while en route to attack the British camp at Khambula and a section was detached to join the battle. They advanced up Ntshenteka Nek and attacked another section of the British force, which suffered heavy casualties.

20Km from Vryheid on Hlobane Road. Hlobane Mountain and battlefield are on private mine property and not open to the public. Special permission must be obtained to enter. The route to Ntshenteka is very badly signposted. There is no on site information and the services of a Guide and a 4×4 vehicle are needed to visit this site.