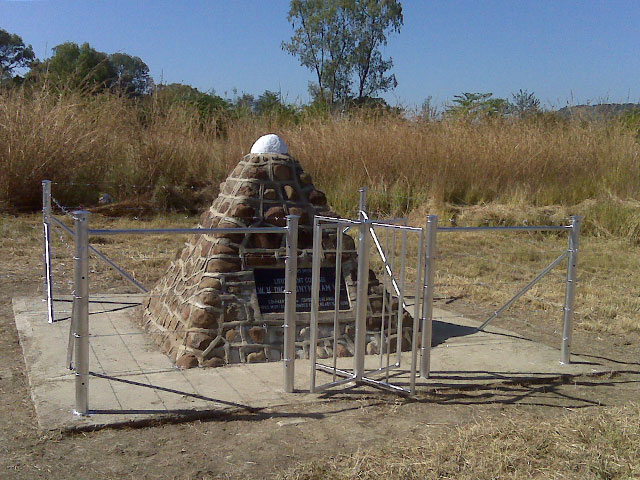 “Here he was struck in the side by a bullet which, fired from the far side of the Plateau, had travelled approximately 2500 yds. (2700m). He fell from his horse. A cairn was erected on the spot where he fell, every man in the Battalion contributing a stone.

Commanding officer of the second Battalion Gordon Highlanders in Ladysmith, William Henry Dick-Cunyngham had been awarded the Victoria Cross during the Afghan War. Rallying his men by brave example and cheering words, he charged into the middle of the enemy on 13th December 1879.

At the time of his death he was just leading his men out of camp to go to the assistance of the men on Wagon Hill who were involved in a desperate battle with the Boers who had attacked the position on 6th January 1900 and the bullet that killed him was a ricochet from the battle.”