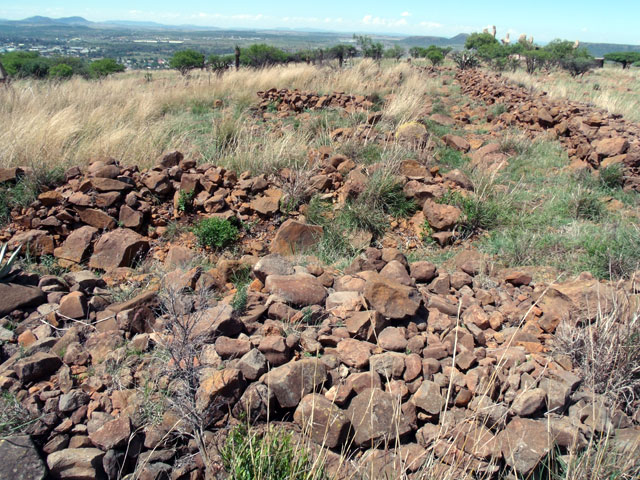 “The largest of the forts built along the Platrand, Manchester Fort is about midway along the hill and the burgher monument has been built alongside.
Built by F and H Companies of the 1st Battalion Manchester Regiment near the western end of Caesar’s Hill, it was the main fort in a number of forts constructed along the perimeter of the hill. Its walls were about 7ft high and 12 ft thick; it had underground magazines and a telephone connection with Headquarters in town.

On the opposite side of the access road near the entrance to the Burgher Monument are the horseshoe shaped emplacements for the guns of the 42nd Royal Field Artillery, commanded by Major Goulburn, are still clearly visible. In addition there was a Naval 12 pounder, a 9 pounder and a 3 pound Hotchkiss on the hill.”