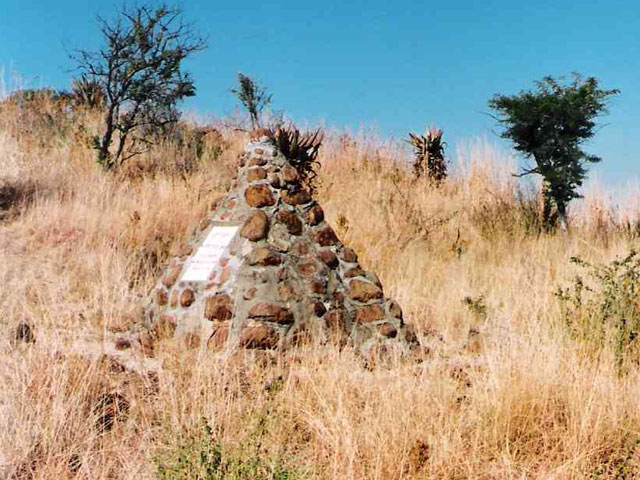 Around midday Commandant de Villiers and his men attacked the gun position at Wagon Point, trying to turn the British line, initially forcing the British back but Col Hamilton was close at hand and accompanied by Major Miller-Walnutt he rallied the British and led a charge for the 4.7inch gun position. Arriving at the same time as the leading Boers, Hamilton fired at de Villiers but missed. The leading Boer then shot Miller-Walnutt but was himself shot by Trooper Albrecht of the ILH while Digby-Jones shot de Jager. However in the ensuing struggle both Albrecht and Digby-Jones were both shot.