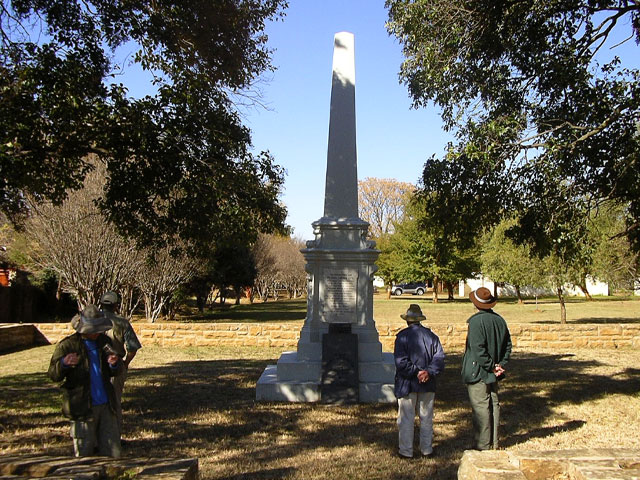 416 | Petrus Lafras Uys was one of the original settlers in this area in 1847. He was the first Landdrost (‘magistrate’) appointed by the government of the Zuid Afrikaansche Republiek after Utrecht was officially incorporated into the Transvaal on November 6, 1859. He was a member of the Transvaal Volksraad for the Utrecht District and was the Commandant for several years. A Commando of some forty men including his four sons fought with the British during the Anglo Zulu War of 1879. Uys was killed in the Battle of Hlobane on March 28, 1879. The monument was erected in 1881 by the Burghers and British soldiers of Col. Evelyn Wood’s Column with whom he had served during the War.