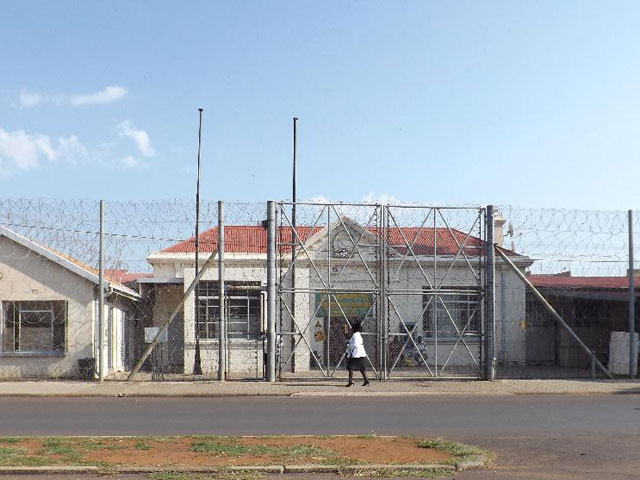 09N |
Completed in 1905 “His Majesty’s Goal, Newcastle”, was at the time considered “the most up-to-date institution” of its kind in the Colony of Natal. The building reflected the neo-classical style of the Edwardian times. The original jail keeper’s house can be seen next to the prison building. Famous personalities that were imprisoned here included amongst others, King Dinuzulu in 1910 for his alleged involvement in the Bambhata Rebellion, President of the Natal Indian Congress in 1948.

The building can only be viewed from the outside as it is still in use as a gaol.