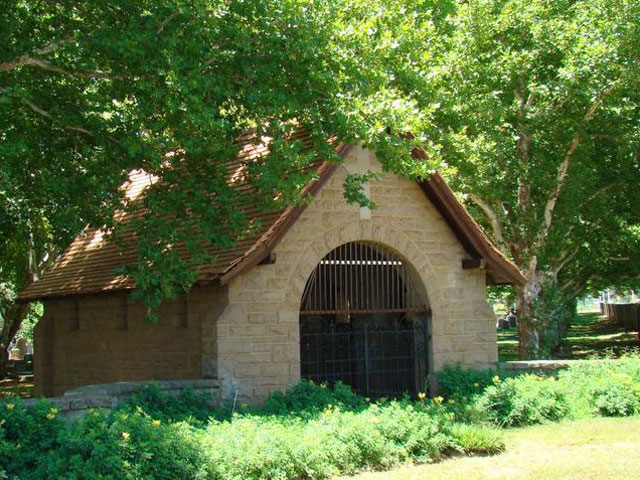 06N |
At the entrance to the cemetery is a Lych Gate with memorial plaques for those that lost their lives in the two World Wars. In the Cemetery itself, there are two military sections for the Imperial forces killed in the Transvaal War of Independence and the Anglo Boer War. With a little looking along the Van der Bijl street side of the cemetery you will find the grave of Capt Bradstreet, who led the Newcastle Mounted Rifles at Isandlwana and who was killed on the battlefield.