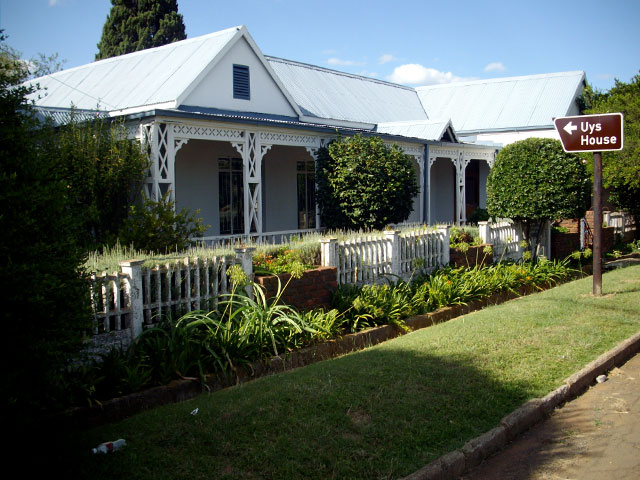 This is one of the oldest buildings in KwaZulu Natal north of the Tugela River and dates back to 1856. It was the first house of Swart Dirk Uys who was the first Commandant of Utrecht, appointed by the Zuid Afrikaansche Republiek in November 1855, four years before the District was incorporated into the Transvaal. This appointment almost led to Civil War in 1858. The façade of the building is the work of Senator Jacobus Johannes Uys, son of Wessel Hendrik Uys who was the first member of for Utrecht of the Executive Council of the Transvaal, elected as such in 1859. It is a National Monument. 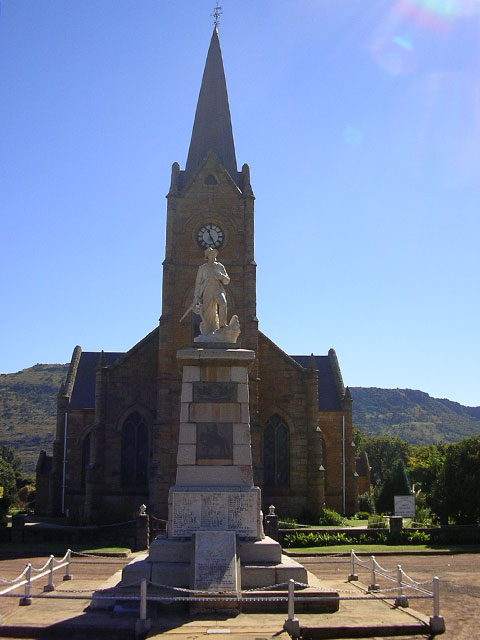