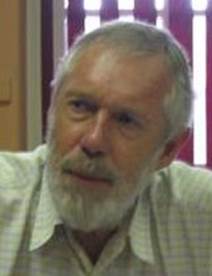 With a heavy heart I have to report that our dear colleague and friend, Gilbert Torlage (former DD Msunduzi Museum and former chairperson of SAMA KZN ) passed away on 9th of April 2015. We send our condolences to his family, friends and colleagues.

A farewell to a very special colleague

A true Gentleman and much respected.

Gilbert passed away on 9 April 2015 after battling cancer for the past 15 months.

I first met Gilbert in 1977 when as a university student I was sent off to St Charles College to do my practical teaching training and he was my supervisor. Years later he told me that he was extremely worried about handing over his matric class to this new young student.

Gilbert moved on from teaching to become the historian ranger at the then Natal Parks Board resort at Spioenkop – and the first school tour he ever took, was a group of pupils in my first year of teaching.

From Spioenkop, Gilbert moved to Museum Services and I left teaching to take up the position of curator at Talana Museum and so once again we were working in the same field.

In his years at museum service he came to know all the museums and their curators and they all had tremendous respect for him. He was much admired for his personality, capabilities as a historian and his ability to work with people.

He talked me into serving on the SAMA National Council for museums and when he stepped down after many years of service on the SAMA Provincial Committee convinced me to take over as chairperson. He gave total devotion to serving on these committees in the interests of protecting and expanding museums and the service they could deliver to their public.

He was a man of many talents and his skills as a researcher were superb. He could ferret out all sorts of information and would always do the job precisely and well.

We also worked closely on the project to publish the series of books on the Battlefields of the Anglo Boer War in 1998/9. Not only was he one of the authors of the series, but also took on the task of final editing of all the books to ensure consistency and a uniform look – a thankless task but one which he did with his usual dedication and commitment to a job well done.

Gilbert served on the Talana Museum Board of Trustees and was Vice Chairman for many years.

He was a man whose advice and opinions I respected. He would carefully consider any question and his answer would have been well thought out and have taken into account all sorts of parameters. He always had time for a chat, to answer questions, to consider requests for assistance.

If I were to try to describe Gilbert as a person, first would be his devotion to Jenny and his family, his commitment and belief in God, his loyalty to his friends, his belief in the correct way to do things and his professional manner in his work environment and in dealing with his colleagues.

He has been and will now be truly missed – his wise council was a steady influence for myself and all of us at Talana Museum and I am sure that I speak for all of us who knew him in so many different ways and for so many years in the museum world.

Gilbert, I salute you on a life well lived.