One of the most poignant aspects of the Zulu War is the relatively small number of lonely graves scattered about Zululand which have lain undisturbed these last hundred years, and as one stands at these graves one feels an abiding respect and deep admiration for these officers and men who made the supreme sacrifice and who bought with their blood their tiny ‘acre’ of Zululand soil.

There is Lt F.J.C. Frith of the 17th Lancers and the two unknown men who lie beside him at Fort Newdigate.

There is Lt G.A. Pardoe of the 13th Regiment who lies at Fort Marshall.

There is Lt J.H. Scott Douglas of the 21st Regiment and Cpl. W. Cotter of the 17th Lancers buried together at Kwamagwaza.

There is Capt the Hon R.G.E. Campbell of the Coldstream Guards and Mr Llewellyn Lloyd, Political Agent lying on the slopes of Hlobane.

There is Private P.B. Brown of the 58th Regiment at Fort Evelyn.

And then there are the graves of Troopers Abel and Rogers keeping watch at the place of the passing of the Napoleonic dynasty where they died with the Prince Imperial.

Lt Frederick John Cokayne Frith was born at Oban, Argyllshire on 22nd September, 1858, the son of an army major and at the age of 17 passed out in the first class at the Royal Military College, Sandhurst. He was gazetted on 16th February, 1876, to the 17th Lancers, and was appointed adjutant of the regiment on 12 February, 1879. The 17th Lancers landed at Durban on 6 April, 1879, as part of the reinforcements sent out to South Africa after the disaster at Isandlwana, and joined the forces under Lord Chelmsford and advanced into Zululand with General Edward Newdigate.

On 5th June 1879, a portion of the regiment under Col D.C. Drury-Lowe was engaged in their first skirmish with the enemy near the Upoko River when Lt Frith was shot through the heart. His body was brought into the camp on the Nondweni River and buried that same evening. He was followed to the grave by all his brother officers, and by most of the officers in camp, including Lord Chelmsford, General Newdigate, and staff.

Lt Cokayne Frith was a young officer of much promise, active, hard-working, genial and kind hearted. He was a general favourite, not only with his brother officers, but with all who knew him.

It is recorded that two troopers were wounded in the same engagement and nearly all the accounts of his burial make no mention of anyone being buried with him that same evening, although Private Edward D. McToy in his delightful brief history of the 13th Regiment in South Africa in 1877/1879 mentions that two troopers were killed with Lt Frith. This is probably erroneous. There is little doubt, however, that the area of Frith’s grave demarcated by stones provides for three graves, and it would be interesting to ascertain the identity of the other two men. So far I have not been able to trace them, but they are probably two men who died of disease subsequently at Fort Newdigate and were buried on either side of Lt Frith. 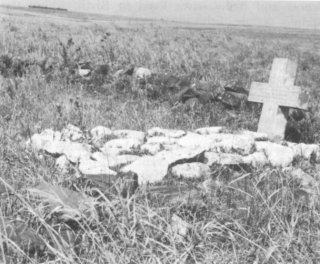 Lt George Astell Pardoe was born on 5 September, 1855, at Brighton, the son of a former army captain, and was educated at Cowes and Eton. After a year at the Royal Military College at Sandhurst he obtained his commission in the 13th Regiment, Prince Albert’s Light Infantry, later Somerset Light Infantry, and in May, 1876,joined the 1st Battalion of the Regiment in South Africa. Lt Pardoe carried the colours of the 13th Regiment at Pretoria at the formal annexation of the Transvaal on 12 April, 1877. Soon afterwards he was invalided home in consequence of a serious illness, but rejoined the regiment before the Sekukuni Campaign of 1878 in which he served. He was with Colonel Evelyn Wood’s column throughout the whole of its operations on the Transvaal frontier and during its subsequent advance into Zululand. He was wounded at the battle of Ulundi by a Martini Henry bullet passing through his right thigh and lodging in the left thigh where it fractured the bone. For some days he seemed to be progressing favourably and was on his way to the base hospital at Utrecht when, despite skilful treatment and nursing, his condition worsened and it became necessary to amputate his left leg as the only possible means of saving his life. The shock was too much for his system and he died on 14 July, 1879, at the Umhlatoosi River and was buried the next day at Fort Marshall. His character cannot be better described than by quoting from a letter written by one of his brother officers :- ‘A more honourable, high-minded, generous young fellow did not exist; he was a favourite with everyone, from the Colonel down to the youngest bugler.’ Private McToy writes, ‘Living a soldier’s life, he has died a soldier’s death, and will be honoured, as a soldier should be, in the memory of all who served with him in the campaign.’ His death was all the more sorrowful in that he was wounded in the last action in which his regiment took part after serving for so long in South Africa and after having marched so far. As McToy says, ‘a distance, in all, of at least 2 000 miles’. 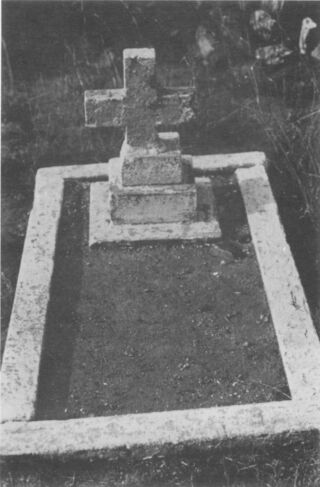 Lt James Henry Scott Douglas was born in Edinburgh on 27 May, 1853, the son of a Scots MP, and was educated at Winchester and Cambridge. Before proceeding to Cambridge he received a commission in the Queen’s Regiment of Light Infantry Militia, but after graduating he was gazetted to the 19th Regiment on 1 April, 1875. However, as he was anxious to serve with a Scots regiment he transferred to the 21st Regiment, the Royal Scots Fusiliers. The regiment arrived in Durban on 29 March, 1879, and proceeded to the front where Lt Scott Douglas was appointed Chief of the Signalling Staff of the Second Division of the Field Force. On the morning of 30 June, 1879, he was employed with his signalling party at Entonjaneni but before noon a mist came down and prevented the working of the heliograph. Shortly afterwards Lt Scott Douglas was required to carry an important message from Lord Chelmsford to Fort Evelyn about 32 km away and decided to be accompanied only by his orderly, Cpl W. Cotter of the 17th Lancers, instead of a large party in view of the condition of the horses. The officer in command of Fort Evelyn tried to prevail on Scott Douglas not to return that afternoon in view of the fatigued condition of the horses and the unsettled weather, but Scott Douglas, knowing that the army was to march on Ulundi the following day, preferred to return. The start for Entonjaneni was made at about 15h00, and about an hour later a dense fog caused Scott Douglas and Cotter to take the wrong road to the deserted mission station at Kwamagwaza where they were surprised and killed by a party of Zulus at dawn the next morning, 1 July, 1879. Their bodies were found some days later by Brig-Gen Henry Evelyn Wood with every indication that the two had defended themselves most gallantly. Col W.P. Collingwood of the 21st Regiment wrote, ‘Of the soldierlike, manly bearing and social virtues of Lt Scott Douglas I, his commanding officer, cannot speak too highly. He was the ideal type of officer and a gentleman in the highest sense in which that term can be applied.’

The Hon Ronald George Elidor Campbell, the second son of the Earl of Cawdor, was born on 30 December, 1848, and educated at Eton. He entered the army in 1867 as an ensign in the Coldstream Guards. In 1871 he became lieutenant and captain and was appointed adjutant in the same year. This latter appointment he held until October, 1878.

Captain Campbell embarked for South Africa in November, 1878, and was appointed staff officer to Col Evelyn Wood, whose column was at that time in the course of formation on the Transvaal frontier, preparatory to the invasion of Zululand. This column crossed the Blood River on 6 January, 1879, and Captain Campbell was present as staff officer throughout the various operations. He took part in the attack on Hlobane Mountain on 28 March, 1879, and was killed in action that day. Col Wood was riding along the southern slope of Hlobane with his personal staff and an escort of mounted men from the 90th Regiment and some mounted Zulus. Mr Llewellyn Lloyd, Wood’s Political Agent, and Lt Henry Lysons of the 90th Regiment, were also in the party with Captain Campbell. The party encountered Col F.A. Weatherley and the Border Horse, and Wood directed them to proceed to the sound of firing towards the summit. Wood and his party pressed ahead towards the Ityenka Nek and soon came under fire from the enemy.

The following passage, taken from Colonel Wood’s despatch to Lord Chelmsford, describes the manner in which Captain Campbell met his death.

‘We soon came under fire from an unseen enemy on our right. Ascending more rapidly than most of the Border Horse, who had got off the track, with my staff and escort I passed to the front, and, with half-a-dozen of the Border Horse, when within a hundred feet of the summit, came under a well-directed fire from our front and both flanks, poured in from behind huge boulders and rocks. Mr Lloyd fell mortally wounded at my side, and as Captain Campbell and one of the escort were carrying him on a ledge rather lower, my horse was killed, falling on me. I directed Colonel Weatherley to dislodge one or two Zulus who were causing us most of the loss; but, as his men did not advance rapidly, Captain Campbell and Lieutenant Lysons, and three men of the 9Oth,jumping over a low wall, ran forward, and charged into a cave, when Captain Campbell, leading in the most determined and gallant manner, was shot dead…. Mr Lloyd was now dead, and we brought his body, and that of Captain Campbell, about half-way down the hill, where we buried them, still being under fire.’ In another of his official despatches Colonel Wood wrote of Captain Campbell: ‘He was an excellent staff officer, both in the field and as regards offce work; and having shown the most brilliant courage, lost his life in performing a gallant feat.’ Again, in a private letter, bearing date January the 29th, Colonel Wood wrote: ‘I never saw a man play a more heroic part than he did yesterday.’ 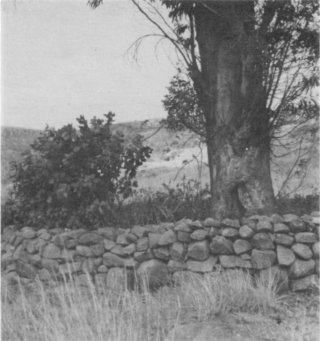 In a letter, dated 25 July, 1881, addressed to the Military Secretary, Horse Guards, London, Sir Evelyn Wood states that had Captain Campbell survived he wood have recommended him for ‘the coveted distinction’ (the Victoria Cross). It is interesting to note that his son, John Campbell, also of the Coldstream Guards, gained the Victoria Cross in 1916.

Of Pte P.B. Brown of the 58th Regiment I have been unable to trace any record, but he lies alone at Fort Evelyn and his grave today identifies that site.

Much has been written about the death of the Prince Imperial on 1 June, 1879, together with Troopers Abel and Rogers of Bettington’s Horse and the Zulu guide who accompanied the party on that fateful day. These two troopers, whose graves are marked, and the guide, lie undisturbed at the fateful spot near the Ityotyosi River. They were present at the making of history with the passing of the Napoleonic dynasty, and keep watch over that lonely corner of Zululand which is still the object of pilgrimages from all over the world.

So whilst we have already observed the centenary of the Zulu War and have paid particular attention to the disaster at Isandlwana, the glorious defence of Rorke’s Drift, and the victory at Ulundi, let us not forget the gallant officers and men who lie in the lonely graves of Zululand and the price they paid for the British victory.